The monks of Worth Abbey, the Abbey of Our Lady Help of Christians, announce the election of Dom. Mark Barrett as the seventh Abbot of Worth Abbey. 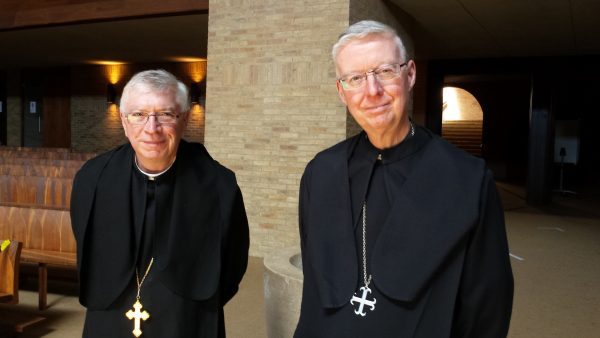 Abbot Geoffrey Scott, Abbot of Douai and First Assistant to the Abbot President of the English Benedictine Congregation, who conducted the election with Abbot Mark Barrett.

The date of the Abbatial Blessing will be announced in due course.

The monks of Worth Abbey have today elected a new Abbot, Dom Mark Barrett in succession to Abbot Luke Jolly, who is retiring having completed his term of office. English Benedictines choose their superior every eight years, after a process of prayerful discernment and discussion.

‘The task of a Benedictine Abbot is to articulate the rhythm of the monastery and bring the many different gifts of the brethren together’, Abbot Mark said. ‘It is a challenge to be asked to undertake this responsibility, and a genuine honour.’

Abbot Mark was born in West Yorkshire in 1957. He is a graduate of Cambridge and London Universities. He has been a teacher of Christian Spirituality at both secondary and tertiary levels, and is the author of several books, including The Wind, the Fountain, and the Fire, the Bloomsbury Lent book of 2020.

Worth Abbey is situated close to Gatwick Airport in West Sussex. The monastery has close ties with the neighbouring Worth School and supports the life of a local Catholic Parish as well as offering retreats both online and in the Sussex countryside. Monks of Worth Abbey have recently founded a small urban monastery in Brighton as part of their continuing support of Catholic life and youth ministry in that city and its universities. 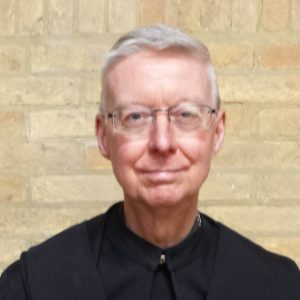 Abbot Mark Barrett on the day of his election, 8th June 2021