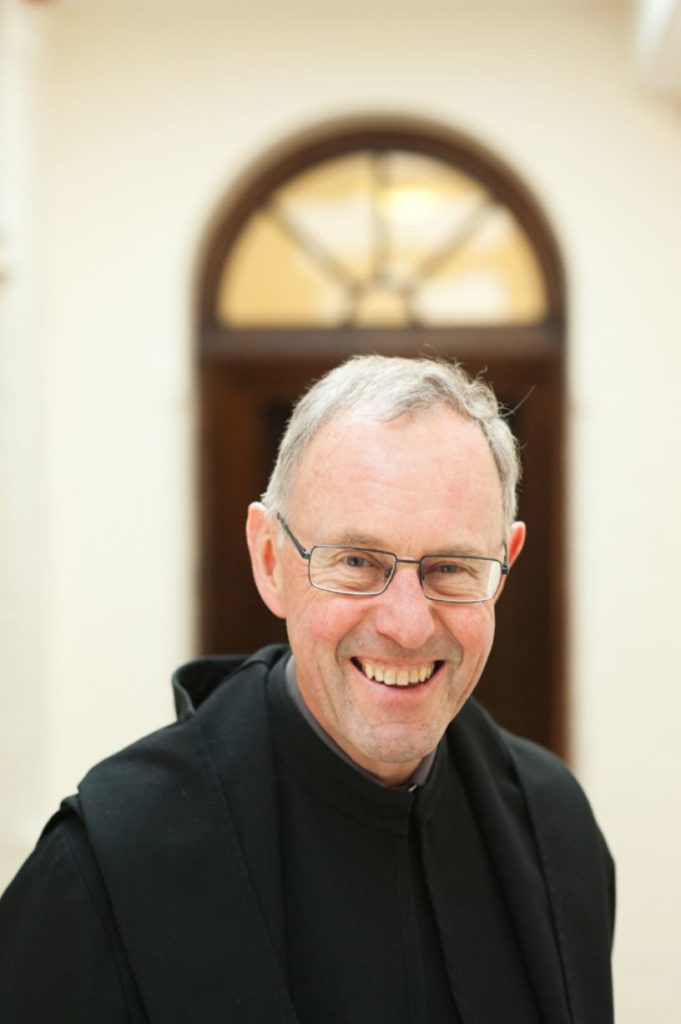 Fr Aidan took up the role of Parish Priest to Worth Abbey Parish in January 2015.

In his own words:

“I was born in Newcastle upon Tyne 66 years ago and left home to study Chemistry in London. After college I worked initially as an industrial research chemist for a company in the Midlands which manufactured plastics. My next job was research into wood preservatives for Rentokil, based in East Grinstead.

“In 1978 I joined the monastery at Worth Abbey. Following theology studies I was ordained to the priesthood in 1983 and was immediately sent to South East London where Worth Abbey had established a city monastery, which was to become an ecumenical centre for prayer. After seven years the house closed and I came back to Sussex where I have been ever since.

“My roles in the monastery have included Guestmaster, several years as a school chaplain and science teacher. For the past ten years I have been the Bursar at Worth Abbey, a role which included looking after buildings and maintenance at a time when the School expanded to become a co-educational School.

“During 2014, I was given a four-month sabbatical and I spent some time in Rome pursuing monastic studies followed by a spell in Jerusalem and the Holy Land where I studied the Gospel of St Mark. Finally I had the opportunity to follow up a personal interest when, with my brother, I walked over the Alps from Munich to Venice in 32 days, a journey of 360 miles and involving some 20,000 metres of ascent.