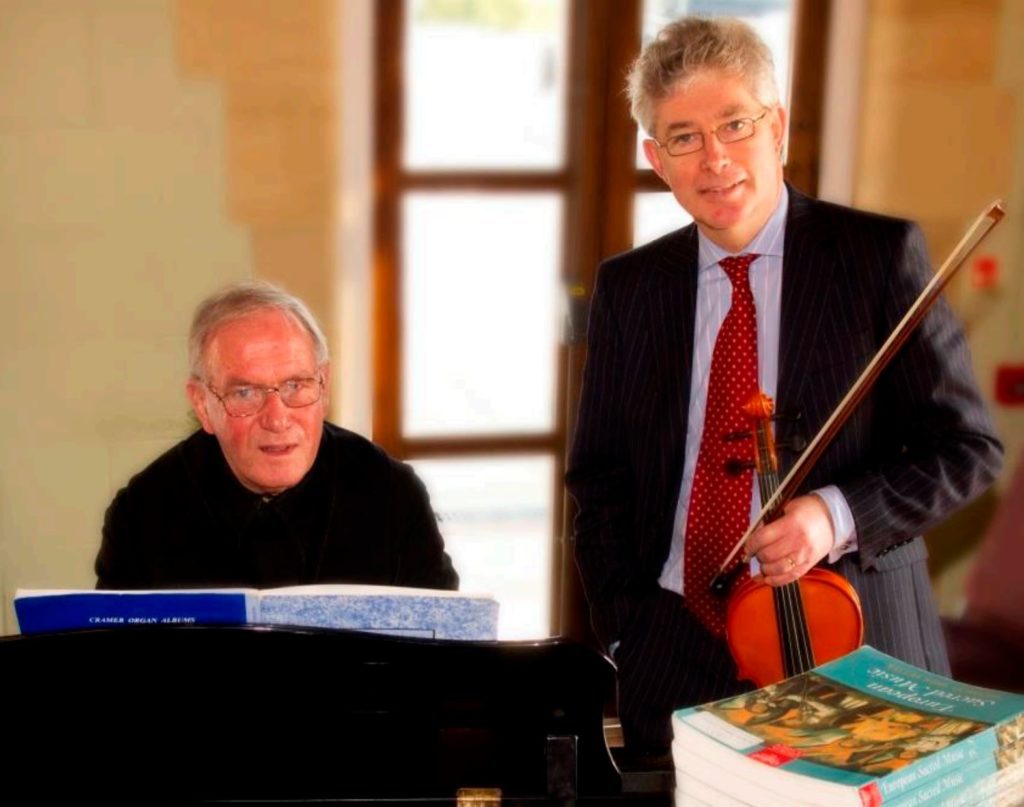 The interplay of the experience of God and music has long been of fascination to Fr Philip who is the Organist and Choirmaster for the monastic community, and who was also the Head of Music at the school for many years.

“You could say,” suggests Fr Philip, “that the Benedictines kept music alive during the Dark Ages and provided the foundation for all western music since. They also provided most of the plain song, although it was an anonymous tradition and we don’t know who many of the writers were. Music is intended to help you to pray and, if it does that, then it’s good music.”

So what about the music of the great composers like Beethoven and Bach?

“Definitely spiritual,” says Fr Philip, “because they are about a vision of beauty. And if God is beauty, then what the composers are trying to show us is a vision of God.”

It is an appreciation that began early in life for Fr Philip who started piano lessons at the age of 7 with a “wonderful teacher” in Bangalore. Eventually he ended up studying at the Rhodesian Music Academy (in what is now Zimbabwe). Several years later he joined the monastery and the rest is history: “I was strongly encouraged to pursue the organ, and I’ve played 3 or 4 times a day for the last 50 years.”

It was also the start of Fr Philip’s adventures with music which have taken him to study with the inspirational organist Canon Georges Athanasiades at St Maurice Abbey in Switzerland, to all of the English-speaking monasteries in Africa during the early 1990s and to Yale University as Visiting Fellow in their School of Sacred Music in 1994.

As well as being an accomplished performer, Fr Philip has also written hundreds of antiphons, hymns and songs. Although it is a source of sadness that some works for Mass can no longer be used due to changes in the text, there is still plenty of music to be written and Fr Philip has just finished editing a volume entitled Hymns of Praise for the Canterbury Press.

Many of those familiar with Worth School may not know that it was also Fr Philip who initiated the House Music Competitions at Worth in the early 1970s, which he notes with some amusement “seems to have become one of the more lasting legacies of my time as Head of Music.”

His interest in nurturing musical talent is undimmed and he offers the following advice: “Music is not just about improving your skills and giving concerts, but it is a gateway to deeper and wonderful things. As we worry less about performance it becomes more about what music can do for us.

“I would like to encourage students to challenge themselves to set a religious text to music. The key is to pray through the text before setting it. Also, if anyone has an opportunity to listen to the music from the Abbey of Keur-moussa in Senegal then I highly recommend it. It is the perfect way to blend Christianity with African music.”

Looking back, the link between music and being a monk is clear to Fr Philip: “Before I joined the monastery I was a civil servant in Malawi and there was no time for music. I feel very fortunate at the opportunities that being a monk has brought me, the huge amount of music I’ve been involved with and the encouragement that I’ve received.”